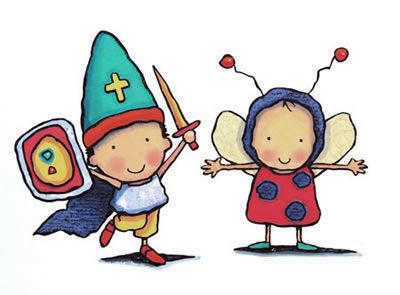 As a pastor ministering in a congregation co-located with a school, I have the privilege of being surrounded by children each day.  For me, there are many moments of pleasure in seeing them at play with one another, and sometimes I am invited into that play.  Being brought into the play of children is, in my experience, a reminder of the very essence of life – to enjoy, to interact, to live in the present and appreciate the immediacy of God’s gifts.  Play is often viewed by adults as a distraction from the more important business of work, or as a form of escape from it.  But perhaps play itself is the greater work of life.  Affirming the value and significance of play for people of all ages, Irish playwright George Bernard Shaw said: “We don’t stop playing because we grow old; we grow old because we stop playing.”

Given that Jesus was the perfect expression of “life in all its fullness” (John 10:10), it is no surprise to me that he, as an adult, was conscious of the play of children (and I like to think that he also took time to play with them).  We know so from Matthew 11:16-19, the parable of the children in the marketplace (the passage is part of the assigned Revised Common Lectionary reading for Sunday, 9 July 2017 … hence my focus on it at this time).  The NKJV translates the passage in this way:

“But to what shall I liken this generation? It is like children sitting in the marketplaces and calling to their companions, and saying:  ‘We played the flute for you, and you did not dance; we mourned to you, and you did not lament.’” For John came neither eating nor drinking, and they say, ‘He has a demon.’ The Son of Man came eating and drinking, and they say, ‘Look, a glutton and a winebibber, a friend of tax collectors and sinners!’ But wisdom is justified by her children.”

Interpretation of this parable has generally gone in two different directions.

In my reading, the logic of the whole passage favours the first interpretive direction.  The children of marketplace crying out to their companions (or to “others”, as the NIV translates) are responding rightly to the revelation of God through John the Baptist and (more fully) through Christ.  The generation of Jesus’ time and each successive generation is invited to “play along” with them.  Understanding the children of the marketplace as revelatory also connects the parable well with Jesus’ words in Matthew 11:25-26:  “I praise you, Father, Lord of heaven and earth, because you have hidden these things from the wise and the learned, and revealed them to little children.  Yes, Father, for this was your good pleasure.”

The NKJV translation of Matthew 11:16-19 concludes with Jesus saying, “wisdom is justified by her children”.  There is an alternative translation which is reflected in the NIV – “wisdom is proved right by her actions”.  There is manuscript evidence in both directions, and it is a matter of weighing up the sources (for argumentation supporting the NKJV translation see the online writings of Herman Grobler and James Snapp).  If the NKJV translation is accepted, the revelatory role of the marketplace children is reinforced.  The marketplace children crying out to others are the “children of wisdom” who will be ultimately shown to be “playing” the game of truth and life.  Those who choose to play with them will also be known as sons and daughters of wisdom.  But any who are so enamoured with worldly wisdom and learning (cf. Matthew 11:25) that they despise the “play” of the marketplace children will be exposed as foolish and subject to judgement (cf. Matthew 11:24).

So back to my beginning words about the play of children …  I wonder if Jesus’ words in Matthew 11 contains (amongst other things) an invitation and a call for this generation, like any other, to “play” with our “little ones” … to respect and affirm and celebrate them as revelatory of God’s truth and God’s wisdom, and allow them to lead us in responding to God’s work in the world.  In my experience, adults can learn a great deal from the directness and trusting simplicity that is often evident in the faith expressions of our children.  Children often process matters of life and faith in uncomplicated and refreshingly honest ways.  Sometimes they call us to “mourn” about injustices and inequalities in our communities and in the wider world, and ask us to join them in acting in God’s name.  Other times they show a delightful exuberance and unbounded joy about the presence and gracious work of God in their lives and ours.

I wonder … are our eyes, ears and hearts open to seeing the play of children and joining them in responding to the revelation of God in our communities of faith and the wider world?  Will we play with them?  Will we expect God to reveal himself and speak to us in them and through them?

If nothing else, play has a way of helping us delight in God’s gift of the present.  For that reason alone, I suggest we invest more time in playing with our children.