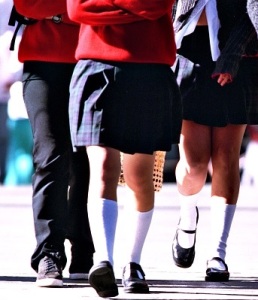 Earlier this afternoon I happened to be walking behind two young people on their way home from a religious school. Close enough to hear their conversation, I heard them lamenting their involvement in “Christian studies” classes, a compulsory curriculum component. One complained that “all they talk about is God” and that “God” is the answer to every question posed. The other discounted the Bible and the Christian faith on the basis of apparent contradictions. He pointed out that God says not to kill, yet he permitted or even contrived the deaths of 42 youth in 2 Kings 2 when they mocked Elisha for his baldness (I was actually impressed that he knew that story!).

As I reflected on this conversation, I came to wonder about two issues of Christian “pedagogy” with young people. I wondered about whether the better starting point for engaging many of our young people with “God stuff” (and especially those with little faith background) is their own life issues, questions and struggles, not Christian doctrine and belief systems. Instead of “downloading Christian information” perhaps it would be better to first “place share” with them – to carefully and prayerfully listen to their experiences and issues, inviting them to consider how the resources of the Christian tradition and the narrative of the big God-story relates to them and the world around them. This involves trusting that the Holy Spirit is present in the space between they and us, and resisting the temptation to resort to cut-and-dried responses.

Sometimes it is appropriate to begin where Peter begins in Acts 2, with the Bible and its teachings. But sometimes it is better to follow the way of Paul in Acts 17 … to walk around and observe carefully the life experiences and situations of young people, to draw attention to the unknown, to wonder with them what God’s revelation of himself in Jesus might mean for them and the world at large.

I also wondered about what it might mean to openly name the apparent contradictions within the Scriptures and to help our young people wrestle with them, instead of pretending these don’t exist, or seeking to “harmonise” at every point.  In his chapter in Faith Forward – Volume 2, Brian McLaren writes about “conversational storytelling” – putting two seemingly contrasting Bible stories alongside each other and inviting young people into a process of sacred wondering about the nature, purposes and workings of God. The God of 2 Kings 2 is also the God of Exodus 14, preserving the Israelites from Pharoah’s army. The God in whose name David goes out to slay Goliath is the same God who refuses to allow David to build the temple because he is a man of bloodshed.  The same God who asks Abraham to sacrifice his son Isaac embraces the pain and suffering of the cross for the sake of the world.  “Conversational storytelling” invites young people to think and reflect theologically … to authentically struggle with the tensions of faith and doubt in a caring environment … to encounter God as both divine mystery beyond us and the One who comes close to us in the messiness and ambiguities of human experience.